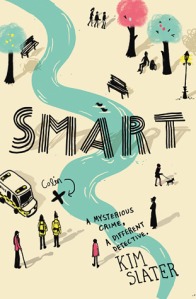 Blurb: “I found Jean’s friend dead in the river. His name was Colin Kirk. He was a homeless man, but he still wanted to live.
There’s been a murder, but the police don’t care. It was only a homeless old man after all. Kieran cares. He’s made a promise, and when you say something out loud, that means you’re going to do it for real. He’s going to find out what really happened. To Colin. And to his grandma, who just stopped coming around one day. It’s a good job Kieran’s a master of observation, and knows all the detective tricks of the trade. But being a detective is difficult when you’re Kieran Woods. When you’re amazing at drawing but terrible at fitting in. And when there are dangerous secrets everywhere, not just outside, but under your own roof.”

I end up reading books for a variety of reasons: I like the cover, the blurb draws me in, I’ve read other works by the author, I saw it on a “highly anticipated YA” list or it was recommended. In this case., my boyfriend read this book and really enjoyed it. He also managed to read it in two weeks, which is rare for him so I knew it had to be good. So I picked it up myself.

There is no simple way to say this… I ADORED this book. Kieran, the protagonist, has Downs Syndrome and at first I expected this to overtake everything else in the book and I was really surprised when it was more of a side note. There were some chapters and sections where characters noted he was “different”. Sometimes in awful ways but Kieran never saw himself as a burden.

The story focuses more on Kieran trying to solve the mystery of who murdered the homeless man, Colin, who was found in the river after the police refused to investigate. Alongside this was the theme of family, with a heavy focus on his family situation. (Trigger warning: There are scenes of domestic violence/abuse)

The character development was beautiful. Kieran seemed to blossom more and more with every chapter and no matter what crossed his path, he just became more determined to solve the crime.

The writing style was different to anything I’ve come across before. It was very conversational. For example, when Kieran explained the meaning of certain words I felt like he was actually in front of me talking to me and as a result I felt very attached to his character. I cared so much that whenever he faced adversity from his peers, I wanted to crawl into the book and defend him.

A while ago I had the opportunity to attend the announcement of the East Midlands Book Award shortlist in which Kim Slater made an appearance as this book is one of the nominees. 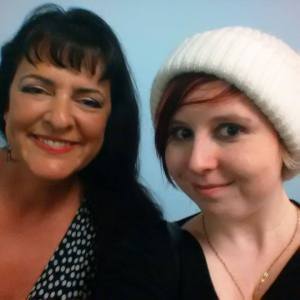 The winner will be announced in June and I have a good feeling Kim Slater will be walking away with that award.

For more of my reading adventures follow my Goodreads

A proud Hufflepuff who talks about books and also tries to write them. View All Posts